On Sunday 27 November 2022, the Fire Brigades Union (FBU) unveiled a Red Plaque at Goole Fire Station to honour Anthony Jackson, a firefighter who tragically lost his life during a training exercise in 1974. 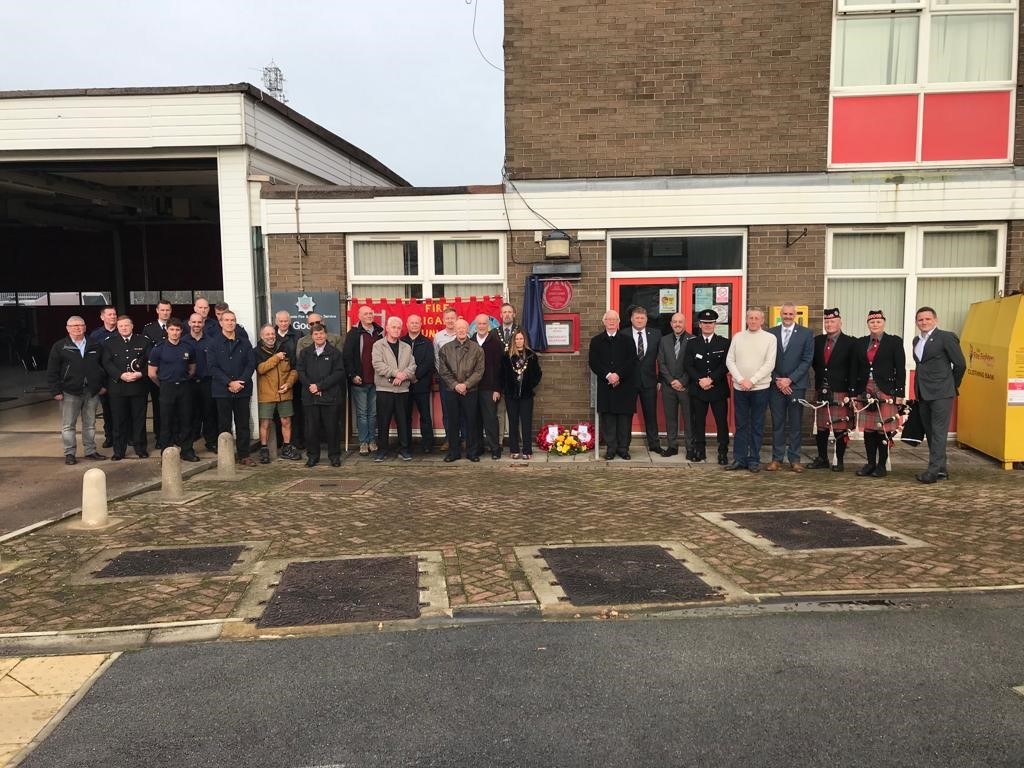 The Fire Brigades Union’s Red Plaque Scheme commemorates firefighters who have lost their lives in the line of duty.

After a successful application made by Stew Ball, Humberside Fire and Rescue Service (HFRS) FBU Branch Rep earlier this year, the Service has been provided a plaque to honour the sacrifice made by Anthony Jackson, an 18-year-old Firefighter, who was killed in a training incident at Goole Fire Station on 27 November 1974.

Niall McKiniry, Deputy Chief Fire Officer, said, “The loss of Anthony Jackson was a tragedy, although the incident was 48 years ago, we at Humberside Fire and Rescue Service believe it’s vitally important to recognise the sacrifice made by Anthony and to show that nobody is forgotten. The plaque on the front of the fire station will act as a permanent reminder of the sacrifice made by Anthony.

“Having the Red Plaque at our Fire Station is a wonderful way to remember firefighter Jackson. The Service fully support the FBU Red Plaque initiative and would like to thank Stew for submitting the application for this scheme that commemorates fallen firefighters.”

During this service those attending were also able to place wreaths in remembrance of Anthony.

The Red Plaque scheme is fully funded by the weekly Firefighters 100 Lottery, and so far, has allowed for several plaques each year since it began.

Over time as the lottery continues to grow, the scheme will be able to create more Red Plaques that can be placed at the heart of our communities which have been affected by firefighter fatalities.