Humberside Fire Rescue Authority confirmed at its meeting on Friday, 22 July 2022, the appointment of our next Deputy Chief Fire Officer and Executive Director of Service Delivery, Niall McKiniry. 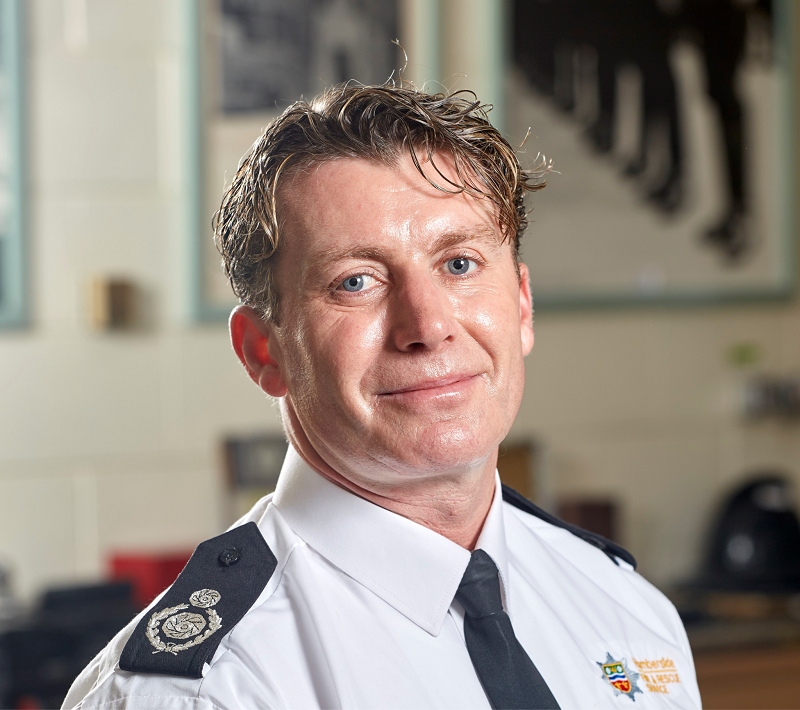 Following a rigorous selection process, including a staff panel and a final interview with members of the Fire Authority’s appointments committee, Niall was appointed.

Niall has worked within the fire and rescue service since joining Humberside Fire and Rescue Service (HFRS) in 1995. He has served at various fire stations including Bridlington, East Hull, Scunthorpe and Hull Central in addition to a variety of specialist roles at Service Headquarters.

He was promoted to the role of Director in 2016 and in 2019, he became the Director of Service Improvement. Nearly a year to the day, Niall was appointed Assistant Chief Fire Officer in 2021.

Niall commented on his appointment: “It’s been a privilege working alongside Deputy Fire Chief Phil Shillito and Chief Fire Officer Chris Blacksell, helping to keep our communities across the Humber safe and well."

“I’m honoured to follow Phil as the Deputy and continue to support him as the Service’s next Chief, working to progress the great work the Service is already achieving.”

Niall will start his new role on 15 October. In the meantime, he will continue to work closely with colleagues in the Strategic Leadership Team, delivering a fire and rescue service to the communities across the Humber region.

Chris Blacksell, HFRS Chief Fire Officer, commented: “I’m delighted to announce the appointment of Niall McKiniry, as our next Deputy Fire Chief Officer. He will be fantastic in the role, working alongside Phil as Humberside’s new Chief Fire Officer.”